I chatted with my friend Joy last night via facebook, we talked about what characters will her daughter, Alexis, and Daisy´s son, Justin, portray for this year´s Halloween party in school. Things aren´t final yet but Joy thinks that Alexis will probably be Cleopatra. I suggested that Justin be Julius Caesar, and another friend´s son be Anthony.

Well, that probably will take a lot of pushing on Joy´s part given that Alexis isn´t into girly-pretty things, she prefers masculine characters. That led me us to recall what the kids have worn in the previous Halloweens. 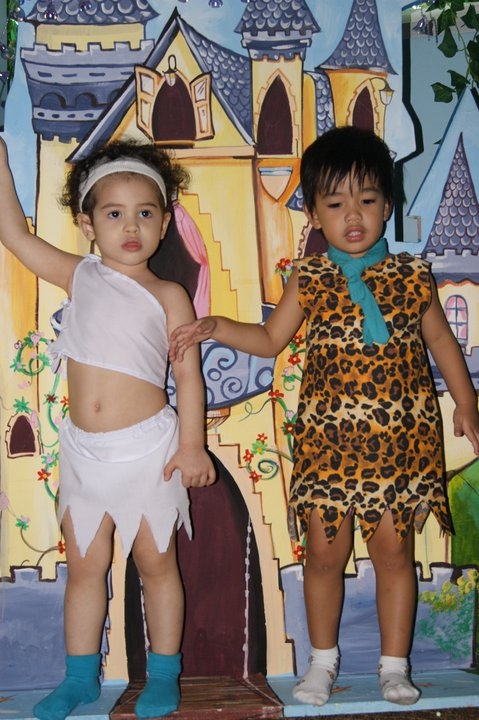 In 2011, Justin and Alexis were in K1. For that year´s Halloween, they portrayed Wilma and Fred characters. Alexis wore a light pink two piece with zigzag hems on the skirt. Justin wore a leopard sleeveless tunic with zigzag hem accompanied with that signature teal scarf. I find the kiddos really cute. 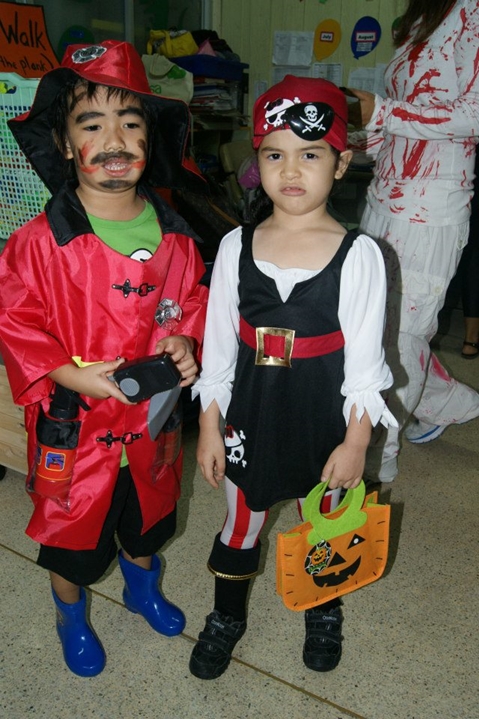 In 2012 the kids were already a year wiser – could sing, write, count, read, and do Maths – and they already knew what character they´d like to be. Justin became a fireman (he´s probably inspired by his favorite toy, a fire truck), while Alexis opted for a pirate ´cause you know, she perhaps wanted to kick b*lls. I mean look at her, she really portrayed the character. She´s one tough pirate! 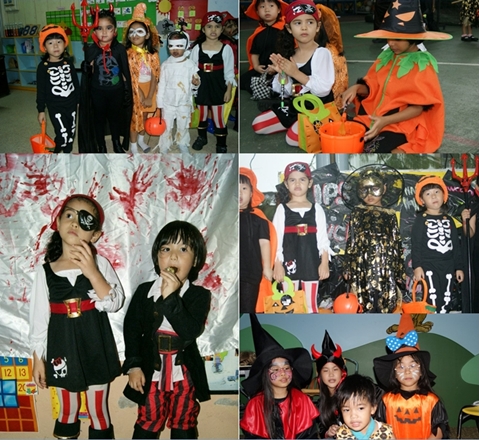 Alexis, Justin, and their friends

I intentionally resized the photos small and the faces blurred because I haven´t got the friends´ parents permission to publish their children´s faces here on my site, but at least you can get a glimpse of these kids Halloween party attire.

I don´t know about you but I´m not comfortable with kids wearing scary outfits, I feel like it´s too much for the youngs. Won´t they get nightmares at night? But then … who am I to speak? I don´t even, and have never participated in Halloween affairs since childhood due to religious reasons. That makes me worried, if I don´t let my child participate in such school activity, will she/he be ostracized? I´ll cross the bridge when it comes.

But I think that Justin and Alexis´ Halloween outfits are creative and fun. Let´s see how they´d look next month.

If you too have a cute Halloween photo of your child wearing an outfit that you´d like to share to us, email me.