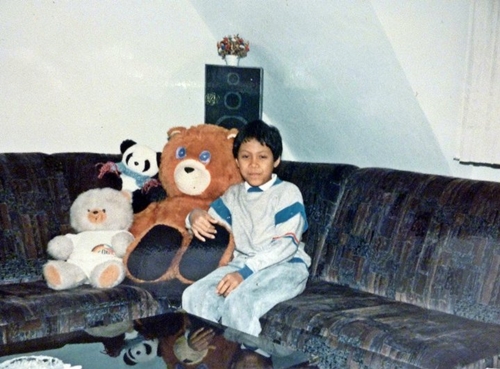 That´s my husband when he was nine years old, sitted beside him is his beloved giant teddy bear. He slept and played with it, and took care of it. My husband arrived in Germany when he was eight. His mom was living and working in the country for a few years before she and her German husband petitioned to bring him to Germany so they could be one complete family.

When he arrived in a Deutsch-speaking country, he had no friends, he couldn´t speak the language, he wasn´t close to his mom because she was away all the time working to support him, and he missed his grandparents who raised him terribly. Thanks to his big Teddy, he found a companion and a friend.

After we got married and we moved in to our new flat, I was surprised to see his Teddy. It looks old and worn but completely intact. He says that he will give it as a gift to our future first child. 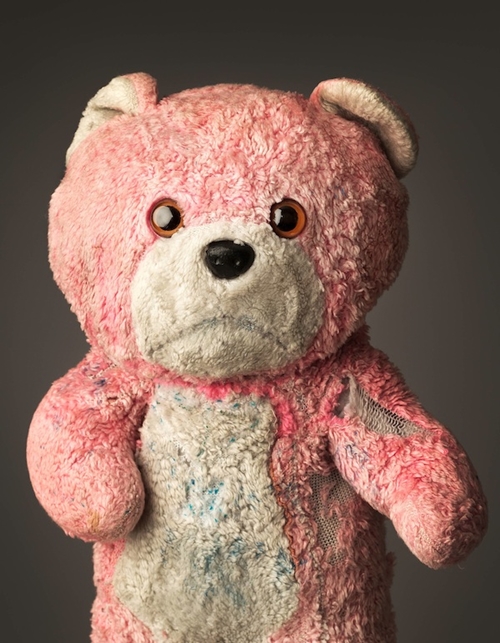 You see, Teddy bears and other stuff toys are adorable. They´re huggable, sweet, and they provide company, if not playmate, to a child. Yet more often than not, these same stuff toys are left tattered, spoiled, and looking sad from many years of being hugged and played around. But if only we could look inside, it´s probably feeling happy.

Award-winning photographer Mark Nixon has created a set of whimsical portraits of stuffed animals that have been loved way too much, and compiled them in his book, Much Loved. The images may remind you of some beautiful memories you had with your own stuffed toys. 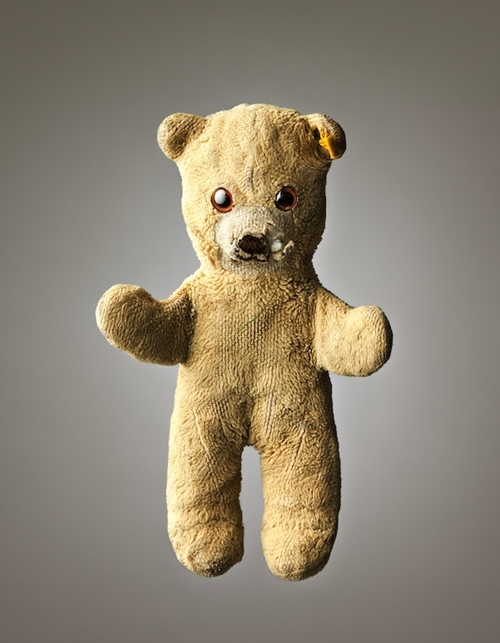